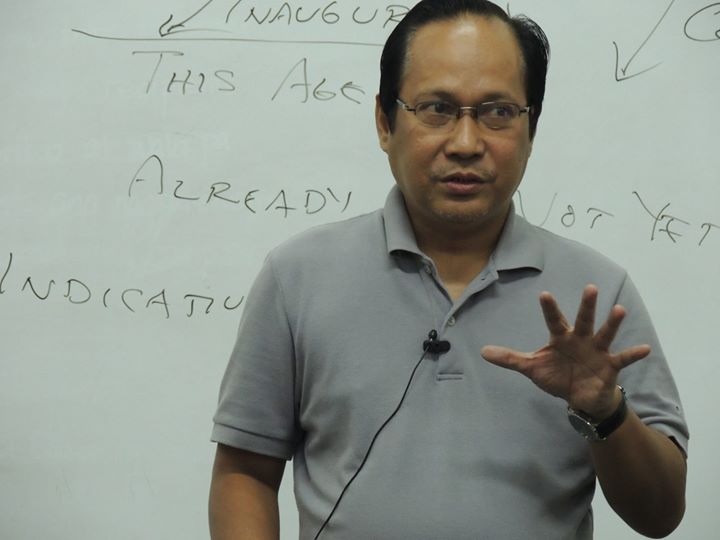 Did Martin Luther really say, ‘Here I stand.  I can do no other.  So help me God!’?  That statement, after all, creates the drama of that speech in the Diet of Worms in 1521.  To remove it is like saying that Douglas MacArthur never had his I shall return moment.   Or that Han Solo never said to Skywalker, May the force be with you.  Or that Apollo 13 did not call to base, Houston, we have a problem!  To eliminate that line gives the feeling of an amputation of a precious part.

Many scholars are of the belief that the dramatic line of Luther’s speech was a later addition, not part of the original.  The line was in the earliest printed version of the speech.  But it was not in the minutes, the on the spot record, of the Diet.  I have this weird idea that probably, at that point, the recorder(s) of the minutes was himself riveted by the drama of the moment, and skipped that line – and someone else was making his own on the spot record, which found its way in the printed version.

Of course, that cannot be the way we write history.  The Reformation historian, Heiko Oberman, in his masterful Luther: Man Between God and the Devil (English edition Yale, 1989), suggests the following as original in Luther’s speech:

Unless I am convinced by the testimony of the Holy Scriptures or by evident reason – for I can believe neither pope nor councils alone, as it is clear that they have erred repeatedly and contradicted themselves – I consider myself convicted by the testimony of Holy Scripture, which is my basis; my conscience is captive to the Word of God. Thus I cannot and will not recant, because acting against one’s conscience is neither safe nor sound. God help me. Amen.[i]

But ultimately, does it really matter if that line was uttered or not?  To me, the most profoundly radical line is in the words: My conscience is captive to the Word of God.  And because of that, Luther made the stand that he did, whether or not he uttered the dramatic words.  He made a stand that defied the most powerful institution of that period.  Because he made a stand, history changed course.

This poses a penetrating question to each of us who espouses the principles of the Reformation in our own generation.  Are we making a stand where it is most challenging?

Making a Stand in a Roman Catholic Household

Living in a society where more than 80% of households are Catholic, any member of such household who experiences gospel conversion is immediately cast into a gauntlet.  Because the challenged party is of loved ones, it makes the dare even more excruciating.  That many families today happily recognize and practice freedom of religion for their own members does not make the decision to make a stand any less poignant.

There is a significant number, however, that is still saddled with Middle Ages intolerance.   For any member of its own household changing religious affiliation is unacceptable rebellion.  Short of the honor-killing that still transpires in Islamic household, there are other options, such as, disinheritance, ostracism, and banishment from home.  Under these conditions, many converts choose to be silent; and some of them still go through the motions of Catholic rituals in the family – e.g. rosary and mass.  One must exercise every sympathy for those who choose this option.  But at the end of the day, it is a lamentable compromise – a failure to make a stand.

No religious faith promotes family faithfulness and dutifulness more than does the Judeo-Christian religion.  But such is the world-altering impact of the kingdom of Christ.  Since its inauguration in the death-resurrection of the Christ-event, all who will become members of His kingdom, those who submit allegiance in faith to His Lordship, must have no greater authority over them – not the state; and no greater love – not even the family.  A member of the kingdom of Christ will love his family even more – for the sake of Christ.  But he will not, and must not, on account of love for family, abandon Jesus in His demands as Lord.

This is where a gospel convert in a Catholic family is being called to make a stand.  To make a stand is not to abandon the family.  That is what cults on the fringe will tell their followers; not the Christian gospel.  A converted husband or wife will be even more loving and faithful to the spouse; and a converted son or daughter will be the more obedient and compliant to parents.  What marks their stand is the Lordhsip of Christ giving the direction, the motivation, and yes, also the limitation in the practice of their relationship.

The discovery of the gospel of grace would have exposed the contradiction of Catholic rituals and their false hope in human righteousness.  A true believer glories in what the Reformers call alien righteousness that is in Christ.  A believer’s liberation from self-righteousness would bring with it a similar change of judgment as Paul had of his Judaism: I count everything as loss because of the surpassing worth of knowing Christ Jesus my Lord. For his sake I have suffered the loss of all things and count them as rubbish, in order that I may gain Christ (Phil. 3:8 ESV).

Making a Stand in a Compromised Evangelical Church

Rather than an easier challenge, being in an Evangelical church renders making a stand even more agonizing.  Presumably, that is where the believer might have found his converting faith in the gospel.  His commitment to his church would have been animated with gratitude for saving grace.  The people in that church, he would be counting as brethren as dear as, if not more than, his own family.  The leaders, the pastor especially, would be like his spiritual fathers.

But it is often the case that what he has learned to accept as his spiritual abode is challenged by the discovery of Reformation truths, long hidden from him.  He discovers a teaching of grace that has much more depth than what he is wont to hear from the pulpit as no more than opposite to salvation by works.  He learns that grace is the free disposition of the sovereign God.  Knowing that the giving of grace to whom He wills is God’s choice in eternity – unnerving at first – discovers the sinner’s utter unworthiness.  While in his young days, he has accepted the definition of grace as undeserved favor, this is still different from what he now knows as the doctrines of grace.

Reformation truths would have also exposed something wrong about the method of evangelism that he has been taught is the way to get sinners saved.  A few spiritual notions to share which once accepted, there is a ready formula of a sinner’s prayer he was trained to dictate – and then assure the prospect that he has been saved and is going to heaven, and never to doubt it.  He once enjoyed the simplicity of it all.  He joined the chorus of Amen! by the crowd once the pastor reported so many number of decisions for Christ.  Of course, he wondered why many of those so pronounced never showed any sign of change.  But then, after all, he was taught that there was a category of Christians who remained worldly – they were still going to heaven, though without reward.  Carnal Christians, that is what they were called.

This exposes for him another issue.  Where has holiness gone?  The teaching he received is to the effect that holiness is a second blessing that many, unfortunately, never attain to.  They remain unsanctified most, or even all, of their lives.  But he was told it was unkind to doubt that they were true Christians.  Until he hears the Reformation challenge that restores some truths taught from the long past.  He is reminded that there is a warning, For to be carnally minded is death, but to be spiritually minded is life and peace (Rom. 8:6 NKJ).  There is also the exhortation, Pursue… holiness, without which no one shall see the Lord (Heb 12:14 NKJ).  Does this not sound like, no holiness no heaven?  He never hear such a principle in his evangelical church.

As more of the old truths pile up in this Christian, he will soon come to a denouement.  He comes to the conclusion – he may have been avoiding for as long as he could – that his beloved evangelical church is compromised!  What is he to do?  It will be wrong to suggest that making a stand immediately leads to separation.  He will seek what he could do to influence the church to the ways of reformation.  The right balance is to accept that we are in an imperfect church, but that imperfection is not a cover for the degeneration of a church.  The Confession of faith strikes this balance:

The purest churches under heaven are subject to mixture and error; and some have so degenerated as to become no churches of Christ, but synagogues of Satan; nevertheless Christ always has had, and ever shall have a kingdom in this world, to the end thereof, of such as believe in Him, and make profession of His name.[ii]

After trying everything to influence for reformation, and to find that the leadership, instead, is digging its heels for a stand on the compromised ways, a believer must come to a point of decision.  Will he make a stand?  To do so is like tearing his own flesh and breaking his bones.  Many choose to just grit their teeth amidst the falsehood, and they stay on.  It is a miserable decision.

Martin Luther made a stand as a Catholic monk in defiance of his beloved Church.  The decision of Luther in the 16th century extends the challenge to us, 500 years since, in this 21st century.  Not to make a stand is the easier option.  It does not make ripples of trouble.  It courts no enemies.  It bears no burden of conflict.  It is to live in quietude.  But it is the immobility of the comatose – just barely living without changing course.

But one cannot catch the infection of the Reformation without being called to make a step of conscience.  Whether one has a dramatic line is immaterial.  It is imperative that one should be of the conviction, My conscience is captive to the Word of God.  That is the man who will make a stand.

The body they may kill:

His kingdom is forever.

This is a text widget. The Text Widget allows you to add text or HTML to your sidebar. You can use a text widget to display text, links, images, HTML, or a combination of these. Edit them in the Widget section of the Customizer.
Loading Comments...
%d bloggers like this: