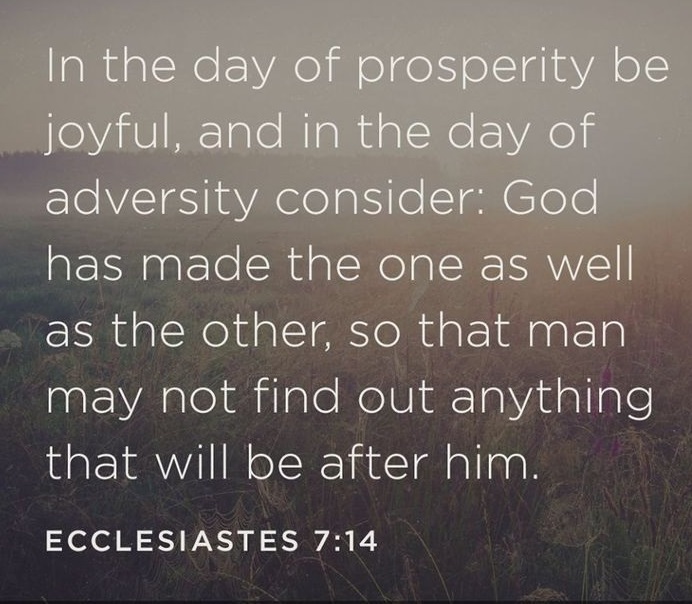 The Economist issue on “The World in 2018” is summarized succinctly by its editor thus: “It promises to be a nerve-jangling year.”  So it may prove to be.

Futurology is the study of future possibilities based on current trends.  That it uses scientific tools differentiates it from divining out of crystal balls or tarot cards.  There is certainly nothing wrong with that.  In fact, it is responsible to use current patterns – economic, political, demographic; etc. – to extrapolate expectations.  Proper preparations can then be set up.

That conceded, a Christian must be alert to the pride that often attends such prognostications.  The future that experts predict as sure has so often bombed.  We are periodically inconvenienced by a failed weather forecast.  Investments deemed to earn sure profit fall flat.  Stock  markets jitter between bear and bull.  And need we be reminded of who, the polls were sure, to win the last American presidential elections?  Overheard of a crew member trying to assure an anxious passenger of the Titanic were the words, “Madam, even God cannot sink the Titanic!”  Whether or not the story really happened, it is an everyday fact that human pride excludes God from consideration of the future.

While we do our responsible preparations for what the future may bring, it must be in humble spirit.  It is balance that is struck by biblical Wisdom: The horse is made ready for the day of battle, but the victory belongs to the LORD. (Prov. 21:31 ESV).  Whatever the battle confronting us, there is to be due readiness with all tools and implements at disposal.  This applies to our academic studies, our jobs and commerce, and national plans.  But behind even the most meticulous planning should be the humble recognition that only God’s favour can give success.  So James advises for every human plan, you do not know what tomorrow will bring. What is your life? For you are a mist that appears for a little time and then vanishes. Instead you ought to say, ‘If the Lord wills, we will live and do this or that’ (Jas. 4:14-15).

James touches the most basic of human limitations: you do not know what tomorrow will bring.  This is true of the tomorrow of the next 24 hours; and that of the next 365 days of 2018.  It calls for humility that casts oneself upon the God who alone knows and holds the future.  The Lord is jealous for His sovereignty over the future.  Against the false gods of Babylon, He claims for Himself: I am God, and there is no other; I am God, and there is none like me, declaring the end from the beginning and from ancient times things not yet done, saying, ‘My counsel shall stand, and I will accomplish all my purpose’ (Isa. 46:9-10).

But in our generation, to be told that one is unable to shape his future by himself goes against present wisdom.  Bookstores are littered with bestsellers that assure their readers, Your best life now!  It is pride that will laugh at the words of the song, I do not know what lies ahead / The way I cannot see / Yet One stands near to be my Guide / He’ll show the way to me!

Without the assurance of the God who holds the future, anticipating that future will alternate between a fearsome darkness, or a prideful path.  One may face the future like Dylan Thomas, Rage, rage against the dying of the light!  Or else, own the resolve of William Ernest Henley, I am the master of my fate, I am the captain of my soul!

Neither is acceptable to the believer who has learned to submit to God in His sovereign control.  That submission will not yield to a fearsome darkness of superstition, nor will it own a prideful path of self-direction.  Instead it confesses in the wise words of biblical Wisdom: In the day of prosperity be joyful; but in the day of adversity consider: Surely God has appointed the one as well as the other, so that man can find out nothing that will come after him (Ecclesiastes 7:14).  The Christian will own every line of that song, adding its plea:

I know who holds the future,

And He’ll guide me with His hand.

Everything by Him is planned.

So as I face tomorrow,

With its problems large and small,

I’ll trust the God of providence,

Give to Him my all.

A God-blessed future for everyday of 2018 to all!

This is a text widget. The Text Widget allows you to add text or HTML to your sidebar. You can use a text widget to display text, links, images, HTML, or a combination of these. Edit them in the Widget section of the Customizer.
%d bloggers like this: